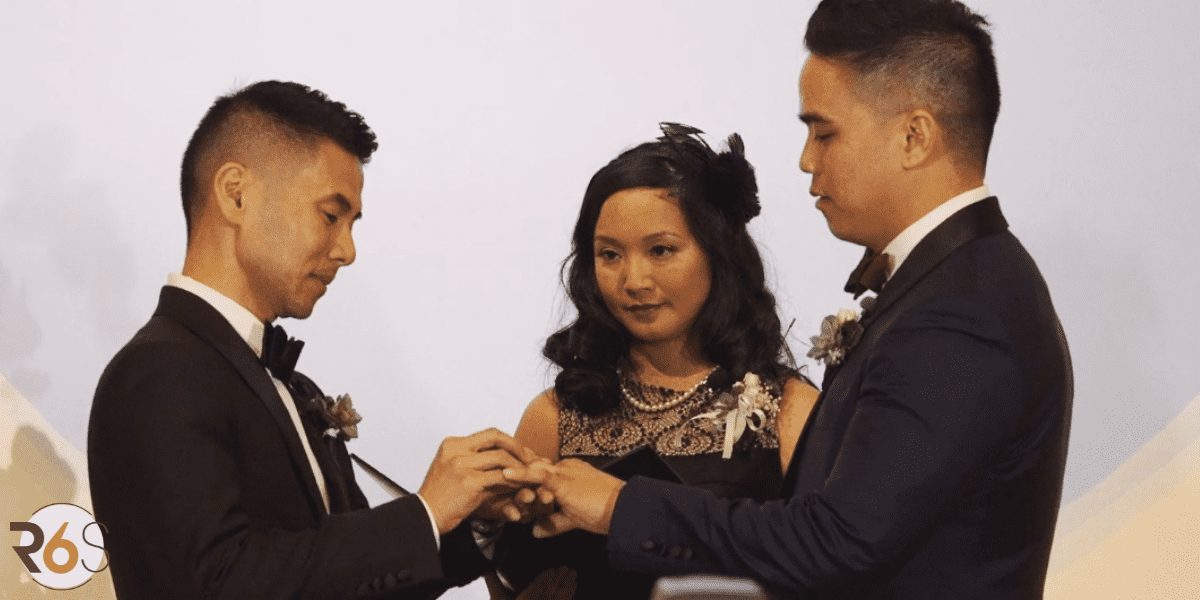 Ben and Jason at the Terra Gallery

The vows taken on the wedding ceremony are the most memorable. These vows bind two souls together in front of near and dear ones. And of course, you need a team of reliable videography services for weddings to capture your special moments.

This time, we have got the chance to film same sex wedding ceremony at Terra Gallery.

We tried our very best to put the wedding vows in this cinematic film together for Ben and Jason. Although this wasn't our first of the many same sex wedding ceremonies that we covered, there were a lot of things that stood out to us and made us think that this was one of the best same sex wedding video we have ever made. We'll at least, that was how we thought when we finished this film.

This cinematic wedding film would be an automatic REB6studios classic. Watch it below.

Early in the morning, we were greeted by Ben and Jason. They welcomed us like they knew us all along. We found out that Ben and Jason were family oriented couple. Their families were there for wedding preparation at the St Regis hotel in San Francisco. There were so many moments during the preparation of this same sex wedding that we were able to document.

Like for example when they were putting on their jackets, Ben and Jason were just staring at each other and all of a sudden, both of them just lost it. It set the tone of the day, and we knew right on that we had to use this to set the tone of the wedding film. Ben also teared up when his father hugged Jason's mother. Just a few of the many.

They exchanged wedding vows at the Terra Gallery in San Francisco and it was one of the best wedding vows we've witnessed in a while. Ben and Jason delivered it so well and so sincerely, straight from the heart. There were moments in this same sex wedding where you'll see that a couple from their guest list really tearing up, bawling.

As mentioned, Ben and Jason were both family oriented, and the best parts of the reception at the Terra Gallery was during the dance with their parents. It was great seeing both parents celebrating as one. Ben and Jason were great party hosts as we found out. This same sex wedding ceremony had a bay area photo booth and and slow motion booth that really entertained everyone the rest of the night.

We would like to thank the amazing vendors that made this cinematic wedding film possible.

Want to book us for your special day? Get in touch now to check our availability for your wedding dates.

5 Best Wedding Ceremony Venues in San Francisco
5 Best Wedding Reception Venues in San Francisco
Can You Elope Then Have a Wedding Later?
Wen Qi and Wilson Wedding at the BR Cohn Winery
I Already Have A Wedding Photographer, Do I Still Need a Videographer?
Wedding Décor Ideas to Make Your Venue More Beautiful
Nella Terra Wedding | Bobbie and Janice
Best Ideas with Top Places for Hosting a Destination Wedding in the US
How to Plan a Wedding While Keeping Stress at Bay (A Complete Guide)
How to Choose the Top Wedding Videographer for your Big Day?